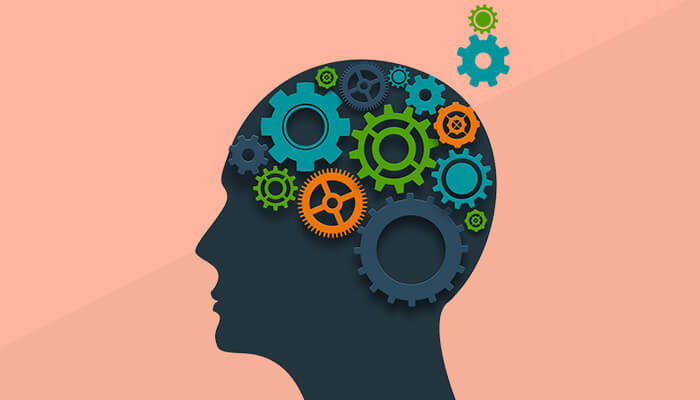 In my 6th and last blog post of the series, titled, “5 Tips to Help you Determine if an Overseas Outsourcing Vendor is Legitimate“, I shared 5 tips that clients could use to figure whether the outsourcing company they are in dialogue with is well reputed or a rogue one.

But merely ascertaining (hopefully) that the vendor you are in discussion with is, in fact, a well established organization is not the end of the story. Now that you have identified a company with proven credentials, the next important step for you would be to shift your mindset. You would now need to actually rely and act on the conclusion that you have deduced.

What do I mean by this?  Some prospective clients tend to adopt an overly suspicious attitude when dealing with overseas based outsourcing firms. Even the slightest of mishaps is taken to be a definitive evidence of the outsourcing firms’ malafide intention to ‘take advantage’ of the client. A lot of clients don’t appreciate the fact that hiccups are bound to arise when working remotely with another organization. Occasional mishaps are just a part and parcel of the business environment – not a sly plot to pull the wool over your eyes. A lot of clients, however, just don’t appreciate this fact.

Preconceived notions are hard to shake off, even though facts might be staring directly in your face. This is why I would emphasize again that it is crucial for you to actively recall and refrain from ignoring the conclusion we reached in my previous blog.

An Outsourcing Company is Well Established

Let me try and place this in context for the sake of clarity. Say, your company wants to build a new website, and consequently, you go searching for some locally based web development company. You come across a start up web development agency – a one-man show, and the start up assures you that “if you are not happy with its work, you get a 100% refund.” Now say, this is a company with no proven track record of working successfully with clients. Since the company doesn’t have a history to judge, you could hardly be blamed for being slightly skeptical about the credibility of this ‘money back guarantee’ claim. By contrast, if you are speaking to a locally based web development company that, say, employs over 50 people and has been in operation for 10+ years, you would probably have little reason to question the sincerity of its money back guarantee. This is so, because you know that well established businesses are usually less likely to make deceitful promises. In general, we tend to be less skeptical of companies that reach a certain size. We expect them to uphold a certain level of professionalism and honor the terms of the agreement.

It would be good sense to assume that, generally speaking, a company would struggle to grow beyond a certain size (which is a good marker of its success), if they frequently dishonor their contractual agreements (if not always, then at least frequently).

So the key point that I am trying to drive at here is that if all signs are indicating that an offshore company in India or the Philippines is a well reputed one, then there is no need for you to keep second guessing the vendor or doubt their credibility over every small sticking point. Once you are able to ascertain the credibility and reputation of a company beyond reasonable doubt, it would serve you better to shift your mindset and trust the company to uphold a certain level of professionalism. A proven, established and credible organization offshore should be treated in the same manner as a similar one based locally. Say, if a company in India has been in business for over 10 years, has a turnover of $10 million, and has a track record of having worked with thousands of companies, these are tell tale signs of the fact that it has proven its competence and credibility over and over through years. Which, in turn, makes it likely (there always are exceptions – everywhere in the world) that it will uphold a certain level of work ethic and professionalism.

Let me again cite a hypothetical example. Say, a well reputed offshore company promised you a 100% money back guarantee; would you trust the offer? Some clients remain skeptical, even when they know it for certain that the offshore company in question is an entirely legitimate business. And that, as I mentioned above, is precisely my point. A company cannot attain a certain level of success unless it stays committed to honoring its contractual promises.  So the fact that an outsourcing company has attained a certain level of reputation should be enough to assure you that they would uphold a certain level of professionalism. Just as you would not second doubt even for an instant a “100% money back guarantee” from a locally based well established company, I suggest that you ought to do the same when considering a well reputed offshore reputed firm too.

And, this is why ascertaining whether the outsourcing company you are considering is in actual fact a reputed company is of crucial importance. It demands diligence and meticulousness to go through the credentials. For, once you have assured yourself of an organization’s credibility, you should be able to rely on the outsourcing firm’s promises with much greater confidence. So when a reputed Indian outsourcing company provides a “100% money back guarantee” – trust them to uphold the promise.

This example of a money back guarantee is just one of many other instances you might come across. Its purpose is to mainly suggest how the claims of an outsourcing company ought to be treated. Once you definitively ascertain that a company has a proven track record, your interaction with that company ought to change at many levels. A particularly crucial time is when you first start working with your outsourcing partner.

Let me share another example to again place this in context. Last year, we had a client who was very tentative about the idea of outsourcing to India (particularly so, because he was the only Director advocating outsourcing to India; other partners were reluctant). Nevertheless, this individual interviewed one of our .NET developers, was impressed and decided that he wanted to hire her. However, just as he informed us of his decision, the .NET developer decided to resign from our company. We tried to retain her, but after having spent 5 years working with us, she felt it was time for a change (the fact that she recently had a baby also influenced her decision). When we informed the client about it, he grew very suspicious and was in two minds about proceeding with our services. By chance, fortunately, I was able to meet the Director in person and assure him that we were not doing anything untoward and that this was a genuine case. In the end the client came around but he did admit that he thought something underhand had taken place – that we deliberately had him interview her to entice him to use our services and that we never intended to let him work with the developer he had shortlisted. I found this very surprising and the entire episode revealed to me the degree to which clients were “second guessing” and “doubting” our intentions and actions. The truth, however, was rather mundane; our employee decided to resign at a particularly inconvenient time. But guess what? Employees resign all over the world (a phenomenon India is not immune to). It doesn’t by any means imply that something sinister is at play. Employee attrition is a part and parcel of running a business, particularly international business. And yet, here the client had concocted an elaborate conspiracy theory to cast aspersions upon the credibility of our company. All because one employee he liked had resigned. The client was overly skeptical mainly because we were an Indian company. It didn’t matter to him how many years we had been in operation or how many thousands of clients we had worked with.

Even though it is a terribly erroneous rule of thumb to apply, the following heuristic is at play in the minds of most clients,

Mishap + Offshore Company = They are Trying to Take Advantage

We are an Indian company and so even the slightest sign of a mishap had the alarm bells ringing – our history or track record counted for nothing. There is a high chance that the only reason the contract got saved (he has now been working with another .NET developer successfully for over a year) was because I was able to mollify his fears by meeting him in person (most of the times this is not feasible). When an offshore outsourcing company has a proven track record, don’t overly question every ‘move’, otherwise you are going to be disqualifying a lot of good vendors for no good reason.

Let me also clarify, I am not suggesting that just because an outsourcing vendor has a good track record you should trust them blindly or that this is a definite proof that they won’t act unethically. The point I am trying to make is that you shouldn’t be overly sensitive or overly doubtful, but rather treat a reputed offshore company just as you would treat a well established US or European business. That means finding a balance between diligence and being overly suspicious.

And the opposite is also equally true. If you discover that an outsourcing company is not well established then you should proceed with caution, and be extra attentive and thorough in making a background check. Paradoxically, many clients who speak with rogue vendors too easily ignore obvious signs of unprofessionalism because they are overly enticed by low rates.

If you have been diligent in your assessment of an outsourcing company and come to the conclusion that they really are a reputed vendor, do not jump ship at the slightest “mishap”. A mishap is not a sign of illegitimacy or a rogue vendor. A mishap rather is a reflection of doing business in general. Mishaps happen to all of us. This is why I argue that the occurrence of a mishap is a very poor way to pass a verdict on the credibility of a company. Of course, several mishaps (and that too in quick succession) should set the alarm bells ringing. But what I am talking about here is a one-off mishap. All too often, clients are ready to jump ship over something that could happen to any business, anywhere in the world.

Virtual Employee resolves all offshore outsourcing problems, not only by providing highly comprehensive and actionable advice but also impartial advice.

Previous
The 3 Different Types of Offshore Outsourcing...
Next
Outsourcing & Solopreneurs: A Match Made...