What is the difference between Outsourcing, Offshoring and Offshore Outsourcing (yes, they are all different!)? 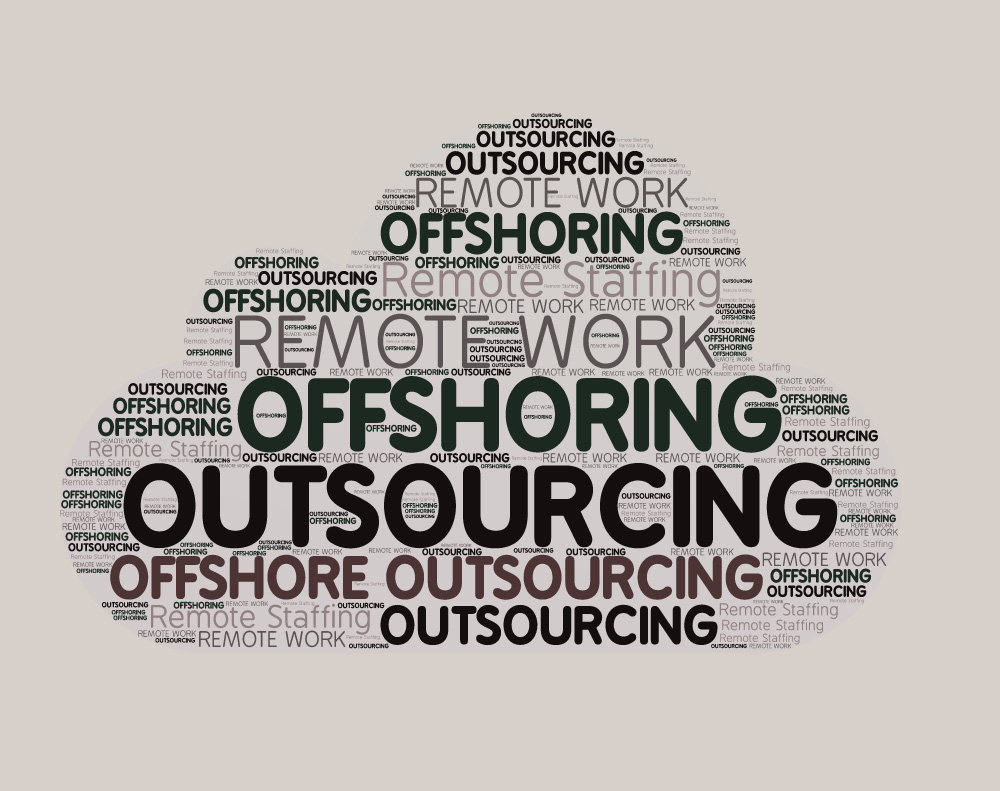 Confused about whether Outsourcing, Offshoring and Offshore Outsourcing are interchangeable terms? Whilst these terms are used frequently interchangeably, technically they are all different processes. Here is a quick guide of sorts that helps you understand the difference between each of them for better decision-making.

The term ‘outsourcing’ simply refers to contracting an outside agency or service provider for carrying out those office tasks and functions for which you either lack in-house expertise or the time and resources. The outsourcing vendor can be in the same city or even country of residence.

Typically, the decision to outsource stems from a desire for efficiency and cost-saving for the company.

In today’s global scenario, almost every organization outsources in some way. Typically, the function being outsourced is considered non-core to the business. For example, an electronics goods company might decide to outsource its customer care operations to those firms that specialize in such types of work. Many large companies now outsource jobs such as call centre services, e-mail services, and payroll.

Offshoring specifically implies physically shifting a portion of the business processes to a different country altogether. However, the work itself may or may not be outsourced. There’s a difference. What this means is that the company that offshores usually ‘sets up shop’ in that foreign country, right from securing the place and infrastructure to hiring people or even shipping some of its own local staff to oversee the operations in the new country. The new setup becomes the ‘offshore office’ of the parent company located in its land of origin. Offshoring is essentially, simply opening a second (or another office) for your organization but now overseas.

Multinational corporations like IBM, Dell, GE, etc have all set up their offshore units in low-cost destinations around the world, especially India.

As the name suggests, offshore outsourcing combines both, outsourcing and offshoring. This is another form of outsourcing, but now where the outsourced business functions are specifically performed in another country. While big multinationals like Dell or IBM actually set up an offshore office in a new country, the logistics behind such move mean not many SMEs can offshore. As a result SMEs typically offshore and outsource in an attempt to gain a cost saving.

However, there’s a catch. Where many SMEs often go wrong is when they offshore outsource their core, daily, ongoing tasks. Tasks which require their control and management. That’s when things can start going downhill as offshore outsourcing is best suited for the non-core functions of one’s business.

But now even SME clients can offshore like the MNCs with VirtualEmployee.com and retain control. VirtualEmployee is a relatively new service in the offshoring industry that enables SMEs to open branch offices and or hire their own in-house dedicated employees just like the MNCs. Technically, it is offshore outsourcing because, legally, you don’t employ the virtual employees you hire, but practically speaking, it is offshoring just like MNCs because you get assigned your own dedicated resource as well as a readymade office in India.

Differences between Outsourcing and Offshoring

India is the outsourcing and offshoring giant in today’s world

India has emerged as the dominant player in the offshore outsourcing landscape, and western companies have been outsourcing everything from software development and animation to engineering and digital marketing to India. In the second part of our continuing series, read about the respective advantages of outsourcing, offshoring and offshore outsourcing.

Previous
Why ‘Silicon Valley’ should really be cal...
Next
Advantages of Outsourcing, Offshoring and Off...