Ever wondered what life would be like if we as humans did not have a thumb? Try getting things out of your pocket, try writing and texting, or better yet, try using a technological device to read this article without the help of your thumb. Hard, isn’t it? It is the presence of a thumb that distinguishes humans from other animals. While primates do have a thumb, they mostly have the power of a two-finger grasp, mainly for peeling bananas or for swinging across tree limbs. Humans, on the hand, are capable of moving their thumb in six different directions, thus giving us better control over our hands than our primate friends. Although this feature makes the human species far superior, this fine-tuned machine was definitely not an overnight change. If science is to be believed in its entirety, it took over 3 million years for our limbs to evolve and become what we know today as -- opposable thumbs!

Evolution is nature’s gift to mankind—a step forward from being primitive to a modern human being. While signs of biological evolution are less significant in today’s age (despite what X-Men’s version of mutants would have us believe), there is no denying that humans are constantly evolving. We are evolving in areas of education, career, religious and political beliefs, and much more. When evolution is such a prime aspect of who we are as human beings, how can it not be a part of what we do, right?!

Let’s take your business for instance. Has there been changes in the product line, services, or whatever else that your business offers, over the past few years? Were better versions launched, teams’ expanded, and new recruits hired by you? Well then, your business has definitely evolved. The reasons for tweaking certain aspects in your service or for launching new products could be ample, but the bottom line is that it was done in order to accommodate the changing needs of the audience. And with the web taking over the world and online services becoming the norm of running a business worldwide, it has become impossible to turn a blind eye to the evolving nature of technology. Websites are no longer limited to computer screens and Google crawlers can automatically discover the drawbacks of your webpages. So is your website really ready to compete and survive as one of the fittest in this game of evolution?

‘First impression is the last impression’ may be true. But what’s far more important is to establish a long-lasting impression. The best way to establish this is through visual appeal. A website is the direct reflection of your business and what it represents. However, if the look and feel of the site is outdated and fails to keep up to the current design trends in the market, your audience will simply move on to the next.

Web designs have evolved over time to implement sounds, images, animations, and various other features. A well designed website will not just highlight your products and services, but will also create a long-lasting memory in the mind of viewers. Apart from easy navigation, website development also accommodates usage on multiple devices, chooses a theme that best fits your target audience, and focuses on converting visitors to customers. Thus, if you do not wish to alienate or lose out on potential clients, consider redesigning your website every couple of years.

Over sixty-six million years ago, an asteroid smashed into the earth’s surface, creating an impact so massive that it was equivalent to the force of several million nuclear bombs. The result? Earth’s most ferocious dinosaur, Tyrannosaurus Rex (T-Rex), found it hard to survive. Since the other smaller animals that were lower in the food chain failed to survive the impact, T-Rex eventually failed to make it despite its capability to survive. Moral of the Story? No matter how high up the food chain you may be, if you fail to evolve and adapt to changing times, you fail to survive!

This holds true in the case of content as well. Content is the top priority in a website; reason why “Content is King” is a known saying. However, no matter how great the content, if it isn’t fine-tuned or updated on a regular basis, Google crawlers will have the same impact on your website as the asteroids had on T-Rex.

he content in your website should have elements of texts and visuals, and a mix of blogs, newsletters, testimonials, videos, and similar postings. A regular update of these elements will not just give your website a fresh look, but also provide your audience valuable information about your products/services.

The more frequently the content in your website is updated, the more the Googlebots are going to crawl your webpages, ultimately resulting in higher visits by users and an additional boost in your rankings. But do keep in mind, it’s not just regular content, but high-quality content that’s going to lead to higher indexing.

If technology is evolving at a fast pace, do you know what’s evolving faster than technology? Hacking! This is the reason why multi-billion dollar companies around the world pay ethical hackers so they can find a bug in their program faster than anyone else can. But then again, these companies can “afford” to employee such hackers. Did I forget to mention that these “ethical hackers” extract a rather heavy price for their work? And let’s face it, most of the companies simply cannot afford such protective arsenal in their ranks. So, in most of your cases, no hacker is going to ethically break into your website to inform you of bugs, are they?! Most hackers would simply break-in, upload a Trojan and continue their attack scheme. This is not only a threat to your essential data, but also a threat to the users visiting your site. Googlebots detect malware in no time and delist your website until you resolve the matter and fix the bug.

Website development as a whole takes cares of necessary security fixes. When you hire a dedicated developer, they ensure that your website’s platform and code is up-to-date, necessary SSL certificates are installed, files are secured, HTTPS and password encryptions are used, and tons of other complex security measures are undertaken to reduce the risk of security breaches to the maximum.

History is proof that whether we like it or not, evolution is the core of our existence as human species. Right from the Big Bang Theory and the evolution of the universe, to the present days’ evolution of technology, there is simply no running away from this universal truth. So, no matter how successful you think your business is, or however long you’ve been running it, take some effort to redesign and update your website. And if you ever end up questioning yourself as to why this is important, simply think about what human life would be without an opposable thumb—remember, responsiveness to change is the first step towards evolution! 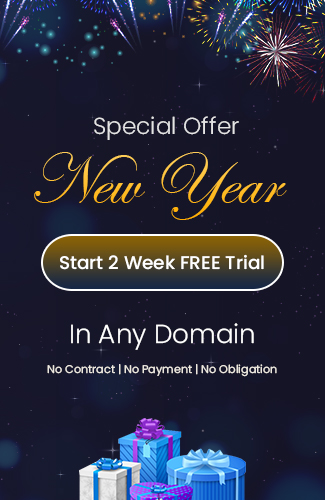 Given the wide spectrum of services offered by Indian vendors, outsourcing Software Programming to them becomes a viable tool for success Choosing

In the year 1492, three ships- the Nina, the Pinta, and the Santa Maria set sail from the Spanish port of Palos

Mobile apps are the single most important entities of tomorrow; and the way things are right now, daybreak is imminent. As consumers