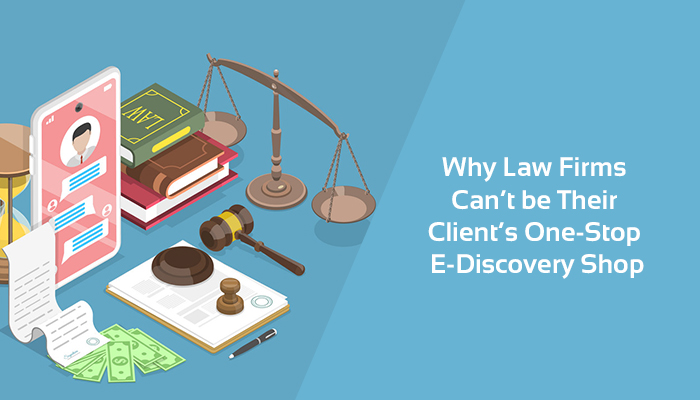 It might seem counter-intuitive, but the law firm, traditionally the go-to option for their clients stumbling across legal hurdles, appears not to be the first choice for litigation where E-discovery is concerned.

This is despite several noted jurists, legal eagles, and a significant percentage of the United States’ top law firm partners trying to integrate the process of E-discovery under a single roof; the firm itself.

One of the leading advocates of this single-roof theory is Geoffrey Vance, a seasoned trial attorney and senior managing partner of Perkins Coie LLP, one of the US’s top corporate law firms. Vance is also a well-regarded author on emerging legal technologies.

It must be mentioned that Perkins Coie LLP turned 100 in 2022, placing it firmly in the Big Boys’ club of Wall Street’s ultimate insiders.

It must be mentioned that Perkins Coie LLP turned 100 in 2022, placing it firmly in the Big Boys’ club of Wall Street’s ultimate insiders.

While Vance is en pointe on almost every legal issue, his outlook towards law firm services in E-discovery appears to have a few lacunae.

This write-up is to draw the attention of all new-age litigators & litigation service providers to why law firms can never be the right place to assemble every single element procured during E-discovery, and why decentralizing the data with a third-party vendor is ideal.

Simply put, outsourcing the data thus obtained should be the norm and not the exception.

A cursory background of E-discovery

If you are a student of law reading this, you ought to know what the stakes are.

During a law suit or a drawn-out litigation process, the extraction and presentation of data or information that’s stored in an electronic format (emails, audio/video files, presentations and white papers, recordings, websites, and even browsing history) is termed Electronic Discovery or E-discovery.

Since such electronically stored data frequently retains its Metadata too, it is of particular importance to patent law attorneys.

Electronic Discovery is intangible, complicated, and often beyond comprehension due to its sheer volume. Besides civil procedures, such data can also be sought by individuals by filing a Freedom of Information Act.

Lawyer ratings are often determined on the proficiency of the professional in extracting and perusing such information.

This is virgin territory in most countries, and the legal bindings that prevent attempted tampering with electronic data are still being formulated.

In the United States, the “Federal Rules of Civil Procedure” supersedes all statutes governing the collection and proper preservation of data thus obtained. Generally, these technical aspects are handled by law firm partners, especially those who are just starting off at the bottom rung of the ladder.

Is it time that law firms tied up with external vendors for E-discovery?

There are at least 4 points which we will present here that’ll justify why E-discovery must be outsourced.

These two magic words establish the bedrock of E-discovery consulting firms in the future.

All major corporations usually retained law firms which served as one-stop service-and solutions-providers. Some retained several- depending on the nature of litigation.

Before E-discovery and the rising importance of ESI (Electronically Stored Information), this unenviable task fell upon Greenhorn law firm partners who had to sift through hundreds of pages of documents and legal exhibits to find missing pieces of very specific legal intelligence.

But that was some 20 years ago, if not more.

Modern corporations can (and should) assign these fact-finding missions to vendors which will certainly be a lot less expensive than hiring a full-fledged law firm.

Here are 2 reasons why.

A. Most competent vendors do a lot more than E-discovery. They are equally proficient in several more litigation assistance services including physical evidence discoveries (mostly from papers), contract reviews, and real-time court reporting with simultaneous transcription services.

B. There are plenty of huge corporations which are frequent litigants. Legacy law firms might not necessarily have the flexibility to customize their approaches to each of these individual cases. Third-party vendors will not have these problems since they are out of the purview of stringent standards laid down by the Rules of Professional Conduct.

The latter point is a major relief and also explains why several celebrated attorneys (including patent law attorneys) go on to start their own legal firms.

For corporations which are dithering about outsourcing their E-discovery services, vendors have several more aces up their sleeves. The superior technological processes such vendors follow, the battery of better-qualified personnel who track down electronic data trails they hire, and the use of cutting-edge E-discovery software are some of these hidden strengths.

Takeaway: Bringing the technology in-house is a regressive move; corporations & law firms must outsource these services to maintain their steady bottom lines.

2. The results speak for themselves

The rapid evolution and democratization of modern legal technology cuts both ways.

Law firms or vendors, all parties are moving rapidly to understand, develop, and implement how AI, Big Data, data mining, and a whole host of analytics will change the way court-admissible discoveries are made.

All said, it is undeniable that third-party vendors are winning this race of staying ahead of the curve. The reasons are pretty easy to figure out.

Law firms (especially the giants with high lawyer ratings) adhere to protocols well past their ‘follow-by’ dates; they almost never have separate R&D units & dedicated budgets, depend mostly on outdated software, and are hesitant to invest in the latest legal technologies because they believe they already possess the most upgraded ones.

These delusions work perfectly in favor of vendors who have everything to lose and to gain.

Ask any experienced corporate lawyer who has experience in E-discovery,” Do you have any plans of starting your own law firm?”, and the answer will likely be in the affirmative.

The reason is simple. With their backgrounds, legal experts will upskill themselves, start using proprietary software, and will effectively become vendors providing independent consulting and third-party litigation support.

Takeaway: E-discovery has already started emerging as one of the biggest disciplines where outsourcing works well.

3. No paucity of service providers

As the number of independent vendors rises, corporations will have the advantage of shortlisting and selecting the outsourcing firm which will suit their purpose for specific litigations.

Custom-made packages are already available across the United States.

Besides, most corporations (the same ones which spent enormous sums retaining legal firms in the past) are slowly realizing that the pricing models of most law firms are opaque.

For example, some litigation service providers often include E-discovery charges in their packages without informing you. These sorts of surreptitious practices are as old as legal firms themselves, but it certainly undermines the ethics and transparency that such agencies swear by.

Now you know why there are so many dark jokes about law firm partners and lawyers in general!

Takeaway: Competition is increasing; it will soon usher in an ecosystem where you’ll actually have reasonable bargaining power.

This final point authoritatively lays to rest why the law firm cannot (and should not) replace vendors and why outsourcing E-discovery services is of crucial import in data-sensitive litigations.

The argument is simple: law firms have certain limitations, both technical and ethical, when it comes to collating electronically stored information.

The maxim of data being the new oil rings true here.

Given the rise of both corporate espionage cases in the last 3 decades (targets include everyday names like IBM, Hitachi, Gillette, Procter & Gamble, and Volkswagen) coupled with whistleblowers coming out with irrefutable evidence that certain corporations are knowingly targeting their primary & secondary audiences in broad-spectrum manners, the sanctity of data has gained paramount noteworthiness.

Most corporations will dismiss such proof and might even try to portray the whistleblower as a rogue element seeking to extort them and sully their reputation. Nevertheless, the court of public opinion tends to support individuals who bring such evidence to light.

One cannot but mention Julian Assange’s exploits here, but we digress.

They alleged the company glossed over reports of Instagram harming mental health, data sale, aggressive targeted advertising, and inaction over hate speech among other issues.

These developments, just 7 months ago, revived Facebook’s earlier problems: alleged involvement in the 2016 US Presidential elections, its dubious relationship with the now-disgraced British consultancy firm Cambridge Analytica, besides several allegations of breach of trust and privacy.

And this is just one mammoth company.

These complicated litigations (from class-action suits to antitrust proceedings) depend entirely on verifiable data for a court to pass judgment.

• The law firm your corporation has hired for a particular case has a conflict of interest with your locus standi?

Patent theft is rampant globally. If you are an inventor whose life’s work has been targeted, you will have to consult an experienced patent law attorney.

• Instead of hiring a third-party vendor for collecting and tabulating ESI, the law company you had hired goes ahead with their in-house team and effectively renders the digital evidence inadmissible in court?

These are not some far-fetched ideas; every day, someone falls victim to a law firm which does not follow due diligence with E-discovery.

The future of E-discovery is being outsourced!

Regardless of whether you are an individual acting in your private capacity or on behalf of a corporation, you must not let go of the proviso of having a specialized vendor being your one-stop-shop for E-discovery.

Of course, the most prestigious law firms are catching up fast. But until you can trust their technological capabilities implicitly, never bother about their lawyer ratings and similar gobbledygook.

Finally, it is obvious that you will require a very thorough partner agency to whom you can outsource all of your ESI queries and forensic analyses to reach out to the deepest layers and pry out information which might just win you a case.

This is where research comes in. Look for client reviews, testimonials, the agency’s services, pricing, technological sophistication, and how well they integrate with your law firm - if selected already. 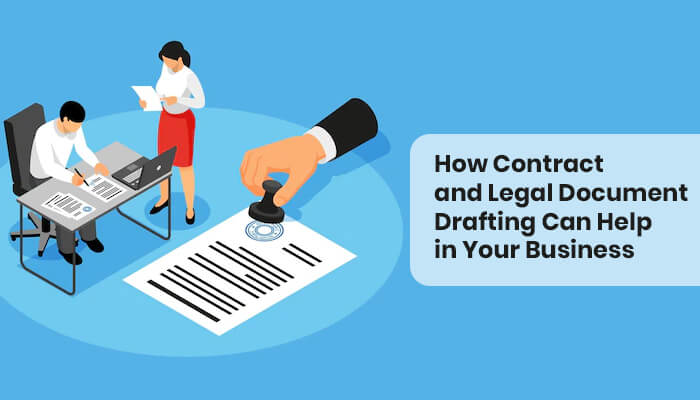 How Contract and Legal Document Drafting Can Help in Your Business 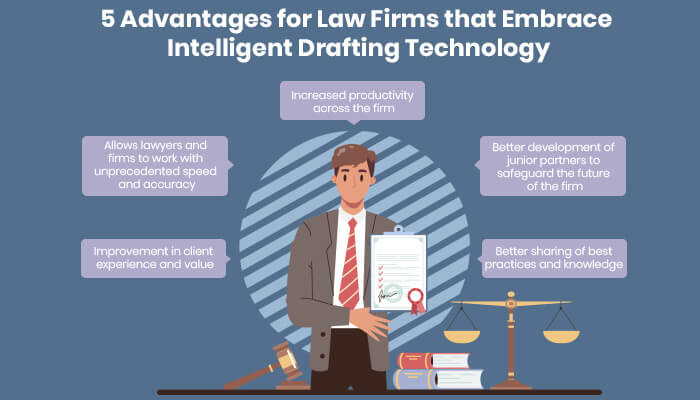 Intelligent drafting technology allows law firms to operate with greater efficiency and increased profitability. It also aids them in serving their clients 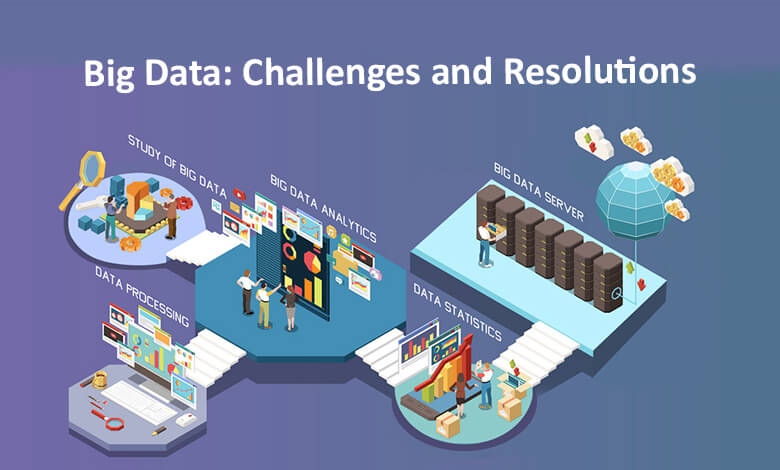 The Challenges of Big Data and the Ways to Resolve Them

Data, in the present times, has become one of the most crucial functional components of all organizations across business domains. If you