Micromanagement of account causes CTR to shoot up by 68%

The primary objective was to maximize conversions and go for higher CTR, lower CPA (Cost per Acquisition) and ultimately higher ROI (Return on Investment)

WHAT WAS GOING WRONG?

We conducted a quick audit of the account to identify the problem areas, which needed attention. We indentified the following issues:

Account Structure – The account was not organized properly and lacked a proper structure with categorization. A well-organized account structure ensures that the right ads reach the right customers.

Keywords – Keywords were not selected as per ad groups. Most keywords that were being used had low search volume. Proper keyword mining needed to be done to look for high search volume keywords specific to the ad groups.

Ad copies not in ETA format – When we started working on this account in the first week of March’17, we found that none of the ads were in Google’s latest ETA format. The latest Expanded Text Ads format allows more room for text with two headlines of maximum 30 characters each as opposed to 25 characters earlier and a description of 80 characters as compared to the previous two fields of 35 characters each. More content lets you connect with your audience better.

Ad Extensions – No ad extensions were being used.

Conversion Tracking – Although the tracking code was present, tracking was being done only for Analytics and not for Google AdWords.

Once we had a proper structure ready, we started with keywords research. All the keywords were replaced by keywords specific to the ad groups and only keywords with decent search volume were used.

Below is an example of an ad in the latest format:

Conversion Tracking – As mentioned earlier, tracking code was present; however, tracking was being done only for Google Analytics and not Google AdWords. We had to modify the code and the issue was resolved.

Ad Extensions – As mentioned earlier, no ad extensions were being used in the account. It was important to use ad extensions as they provide an opportunity to add more information to an ad other than just the basic headline, URL and ad copy. There are a range of ad extensions available:-

Considering the fact that this was an ecommerce business, the most appropriate ad extensions here would have been call outs and Review Extension. Call outs like Easy Exchange, Free Delivery, 100% Genuine Leather etc. were added.

The latest ads were implemented recently and as per the data below, you will see that we have even recorded conversions in the last one month, which is a clear sign that ETA format ads are effective. The graphs given below are a clear indication of the fact that No. of Clicks, Impressions and CTR have all increased after ETA. For instance, Ad 1 had earlier recorded 5 clicks whereas post the implementation of the new ad format, the number of clicks doubled up and increased to 10. The same thing happened in the case of Impressions and CTR as well. 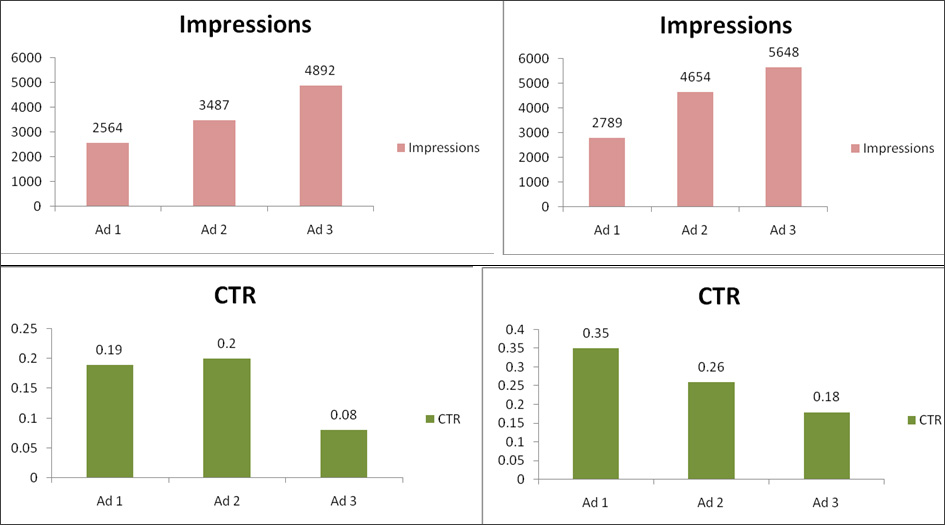 Next
How our Google campaigns helped establish our...