Obama Vs the Outsourcing Industry

Does Obama’s Re-Election Spell Doom for Job Shipping in US? 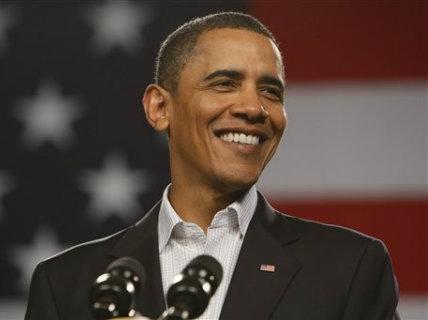 Congratulations to President Barack Obama for getting re-elected to the White House for a second term in one of the most keenly contested and neck-and-neck US Presidential races in recent times. Barack Obama’s victory over Republican rival Mitt Romney has been welcomed by a wildly jubilant America. However nations that are in job shipping business, such as India, China, and the Philippines, who have also been closely following the US election drama as it unfolded, are understandably guarded in their celebrations. Naturally, these countries were keen to know who the next occupant of the White House would be, although both contenders for the most powerful office in the world had made it very clear that job shipping was their favorite whipping boy.

Obama never hid his passion for measures against job shipping industry, promising tax benefits to those who stopped “shipping jobs overseas” and tightening the noose around those who continued to defy and not contribute to lowering the increasing unemployment rate in America. Romney, whose former private equity company Bain Capital was probably among the pioneers in sending bulk manufacturing jobs to China, had adopted an equally tough stand on job shipping, promising to rein in jobs for the Americans and diffusing a volatile unemployment market.

Notably, leading IT industry watchers in India aren’t too ecstatic about Barack Obama’s re-election, given his persistent stand against job shipping. But neither do they find undue cause for alarm, treating the campaign stances as more of election rhetoric rather than actual intent. Job shipping has become so deeply embedded within the psyche of the average American business or enterprise owner that to completely weed it out would not just be impossible but also ill-advised. And appeasing an ill-informed public at the cost of sending the sluggish US economy on a further downward spiral by clamping down on job shipping industry certainly does not qualify as wisdom. Besides, with the US desperate to gain a foothold in India for foreign direct investment in multi-brand retailing (Wal-Mart), the Obama regime really cannot afford to come down too heavily on India and job shipping.

Surveys conducted during the closely fought US Presidential election battle revealed that the average American equates job shipping mostly with shipping manufacturing jobs to China, the industry that has seen the largest loss of domestic jobs. Indian IT companies, on the other hand, are opening their centers in America and are hiring Americans to man their units.

Traditionally, it is the Republicans who have always favored strong US-Indo ties rather than the Democrats. And even though post Barack Obama’s visit to India in November 2010, soon after he assumed office the first time, saw warm relations develop between the two countries, Obama’s anti-outsourcing and anti-India stand throughout the recent presidential campaign has been a cause for concern.

Now, it remains to be seen whether Barack Obama follows through with all his promises to the American people as far as ‘bringing jobs back home’ is concern.